The Philosophy Behind 'Veroir el fracaso iluminado' - Interview with Miguel A. López

“We live in a world that demands of us clear meanings and pragmatic definitions of things, that wants to possess and that rejects uncertainty. Taking our focus back to poetry allows us to understand that knowing is not synonymous with dominating, but rather with being with, generating interconnectedness and bonding”.

Miguel A. López, in addition to being a researcher and writer, is one of the most recognized contemporary art curators in the sphere of contemporary Latin American art. Focused on practices related to feminist art, collective art and gender and sexuality issues crossed by politics throughout history, López is in charge of curating the exhibition “Cecilia Vicuña, Veroír el fracaso iluminado”, presented by the Kunstinstituut Melly (formerly known as Witte de With, Rotterdam) and the Miguel Urrutia Art Museum (MAMU) of the Banco de la República (Colombia). Previously, the exhibition traveled to cities such as Madrid, at the Dos de Mayo Art Center; Mexico, at the MUAC, and finally arrived in Colombia, where it currently is. It includes more than 100 works by the Chilean artist, for whom López and Vicuña worked hand in hand, and heart to heart, to be one with the other and achieve this extraordinary retrospective exhibition that will remain open to the public until July of this year. In this interview, Miguel A. López tells us about the process of working with Cecilia.

What made you want to work with Cecilia in the first place? What was your goal in presenting it to the public?

The driving foce of Cecilia Vicuña's work is poetry; poetry that exists not only in the form of words but also of paintings, textiles, drawings, improvised actions, precarious objects, interventions in public space, sound performances and experiences that dissolve in the collective body. I remember that the first time I proposed to do the retrospective in 2014, in her apartment in New York, Cecilia let out a long laugh, and then said: "Who would be interested in showing a retrospective of an artist like me?" And she was not entirely wrong because the response of some important institutions to whom we approached to propose the project back then was not entirely positive. Finally, the Witte de With (today Kunstinstituut Melly), whose new director since 2018 was Sofía Hernández Chong Cuy, had the vision to take it forward and we inaugurated it in Rotterdam in May 2019. That impulse was fundamental because they also decided to produce an ambitious book of almost 400 pages, it is the first monographic book dedicated to her visual work and which now has three editions. The exhibition then traveled to the University Museum of Contemporary Art (MUAC) in Mexico City, to the 2 de Mayo Museum Art Center (CA2M) in Madrid, and is currently on display at the Miguel Urrutia Museum of the Banco de la República in Bogotá, where it will be open to the public until July 2022.

Organizing her retrospective sought to underline the way in which Cecilia feels and lives art, as an experience that does not end in itself, but triggers and fertilizes new spaces for collective creation and mutual exchange. Her work is not so much the finished objects but the relationships she creates. I was interested in reclaiming the revolutionary desire that inhabits her practice and asking ourselves where that transformative desire is in art today. Cecilia is a political artist, she has been since she was a teenager who accompanied the processes of the Unidad Popular and the socialist government of Allende, and today she continues to claim art as a place to take positions on pressing political issues. It is also impressive how visionary Cecilia is. Since the sixties, she understood clearly the urgency of calling for ecological justice and a future based on interspecies solidarity, even when at that time the theoretical language that we now have to name it did not exist. In a similar way, her work had full confidence that feminism, as well as the struggle of feminized, indigenous and racialized bodies, would allow modeling a true emancipated future. The retrospective exhibition sought to emphasize all of this and help connect it with the social demands of the present.

What would you say was your greatest challenge in curating this exhibition of more than one hundred works, many of which had never been presented before and that cover so many years of the artist's career?

An important challenge was how to create a balance between the historical contextualization and an exhibition design that allows emotional connection with the energy and desire that each of the pieces carry. It is important to say that when I started working with Cecilia there was no complete inventory of her work. Unlike today, at that time she did not have assistants, or archivists, or a gallery in New York – where she has lived since 1980 – to represent her, for which it was even a challenge in logistical terms to make a checklist for the show. We had meetings in Santiago and in New York. Some works were kept with her for forty years or more and suddenly we were there opening small bamboo boxes inside which we found impressive drawings or textiles that were the testimony of a Latin America besieged by persecution and military dictatorship. In that sense, for me as a curator it was key not to make that pain and wounds invisible but to point them out. On the other hand, several of the works gathered were vestiges that for a long time were ignored or ridiculed. In her early decades, her work was even described in derogatory terms loaded with much arrogance and misogyny. This is why Cecilia has said that retrospective is also the remnants of a large demise. That was also hinted at when we chose the title “Seehearing the Enlightened Failure”.

"Her not-yet-being, her 'not being anything yet' is what attracted me." Could you go deeper into what you express at the beginning of your book “Cecilia Vicuña, Seehearing the enlightened failure”?

Those are Cecilia's words taken from her poem The Quasar. I was interested in those lines to point out that Cecilia's work is something that cannot be apprehended solely by the eyes, ears or reason, that her work is constantly escaping us. But it is important to make a distinction because although Cecilia's work elaborates on disappearance, it appears in two ways. On the one hand, the violent removal of the body is present in her work as Cecilia has always taken a stand against the disappearances and deaths caused by colonial, imperial and military violence. On the other hand, her poetry and artistic work are a living process that announces the power of something to come. It is that possibility of being on the edge, of not existing in a fixed place but being the announcement of a future, which is also another way of thinking about how art does not describe a reality but rather announces its transformation.

What relation does the exhibition hold with the notion of time understood as a loop or pacha, as you expose in your book alluding to Andean philosophy, where the past and the present come together in a "non-evolutionary" timeline?

That connects with the previous answer. Much of her work responds to a cyclical understanding of the creative act. For example, she has been creating and recreating his quipus since the sixties and seventies. In her textile installations or in her precarious objects (small sculptures assembled with garbage and organic remains that she collects from the street) she seems to activate the memory of ancient civilizations. The hair, the threads, the vegetable and mineral remains of his precarious objects evoke indigenous settlements, Andean wak'as (sanctuaries, idols, temples and tombs) and the remains of original native peoples that reveal other conceptions of the sacred that defy Western notions of time, subject and existence. This different understanding of temporality has been influenced by Andean thought and architecture. There is a very powerful quote of hers, published in her collection of poems Sabor a mí from 1973, which announces her desire to escape from that normative, linear or evolutionary understanding of history and its canons: “I consider my paintings a ritual craft, objects that exist independent of 'art history', as if that history had died or never existed”.

About the title of the exhibition, “Seehear the illuminated failure”, in an interview, Cecilia explains that the title of the exhibition invites the reader to enter into what she calls the “discontinuity of language”, typical of the instability of the planet itself and the opposing forces that inhabit it. She explains that in the title lies a question for everyone who reads it. What questions did this title awake in you?

The title uses a verb that is an invention of Cecilia: seehear. This term is made up of the collision of two verbs that allow the emergence of unexpected and new meanings. This is a habitual poetic practice of Cecilia, especially in the series Palabrarmas started in 1974, where she seeks to open up words to build new realities. Seehearing announces the possibility of hearing through the eyes and also of seeing through the ears, but it is in turn a question about how to activate true seeing and true hearing in a current post-truth scenario, modeled by lies and manipulation.

It is also interesting that some people have read in the title “Seehear the illuminated failure” not only as a desire to illuminate what is considered to be disposable or failed, but also as a way of suggesting that the Western Enlightenment project – the European intellectual movement which was born in the 18th century – is actually a failure in itself due to its inability to take a stand against the colonial violence that was the hidden side of modernity and its discourses of progress. I think there are many ways to enter the title.

I imagine that after having done all this work with Cecilia, one does not leave the same way that he entered. Do you feel that something has changed within you, that has prepared the ground for your next projects?

Working with Cecilia is transformative. All these years of exchange have given me an even better understanding of poetry as the heart of artistic practice. We live in a world that demands of us clear meanings and pragmatic definitions of things, that wants to possess and that rejects uncertainty. Taking our focus back to poetry allows us to understand that knowing is not synonymous with dominating, but rather with being with, generating interconnectedness and bonding. Poetry is not a place to arrive but a living process of interrelation: the encounter of imperceptible and postponed forces that announces different possibilities of existence. 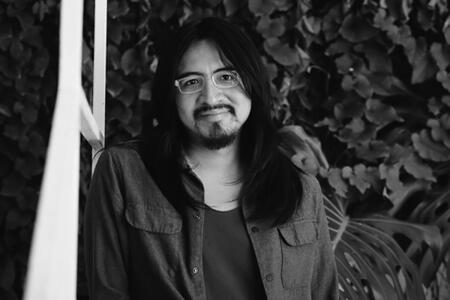 Miguel is a writer, researcher, and independent curator. Between 2015 and 2020 he worked at TEOR/éTica (Costa Rica), first as chief curator, and since 2018 as co-director. His recent curatorial projects include "Sila Chanto and Belkis Ramírez: Aquí me quedo / Here I Stay", Institute for Contemporary Art, ICA-VCU, Richmond, 2022; "And if I devoted my life to one of its feathers?", Kunsthalle Wien, Vienna, 2021; "There is something inedible in the throat. Antipatriarchal poetics and new scene in the nineties", ICPNA, Lima, 2021; "Cecilia Vicuña: Seehearing the Enlightened Failure" at the Witte de With, Rotterdam (2019), MUAC-UNAM, Mexico City (2020), CA2M, Madrid (2021), and Banco de la República, Bogotá (2022). He is the author ofFicciones disidentes en la tierra de la misoginia (Dissident Fictions in the Land of Misogyny) (Pesopluma, 2019) and Robar la historia. Contrarrelatos y prácticas artísticas de oposición (Stealing History. Contrastories and artistic practices of opposition (Metales Pesados, 2017). His texts have been published in magazines such as Afterall, Artforum, E-flux Journal, and ArtNexus, among others. López is co-founder of the independent space Bisagra, active in Peru since 2014. In 2016 he was awarded the Independent Vision Curatorial Award from the ICI, Independent Curators International, New York. He lives and works in Lima. 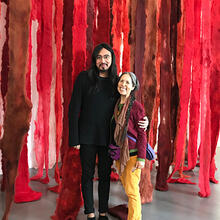 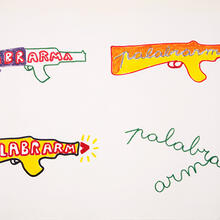