In the early seventies in Caracas (Venezuela), Claudio Perna did a series of experiments under the title "Infiltraciones" [Infiltrations]. The works consisted of classic paintings [J1] projected onto[J2] or interrupted by the bodies of the artist’s friends and of the artist himself. That idea—cherished by Perna—of "infiltrating" the art world with the brashness of other bodies is, in my view, an excellent metaphor for what is now, for a great many viewers, the primary way to relate to art: the intense juncture of an abundance of works and visitors part and parcel of the art fair format as art agora.
For Pinta Projects (Pinta Miami 2018), Proyecto Visible with the collaboration of curator Jesús Fuenmayor has decided to present a group of four outstanding emerging Latin American artists interested in reflecting in their work the "flaws," "noises," and "interruptions" that occur in dialogue both within the works themselves and between them and the environments in which they are exhibited.

Works the artists produced in Miami will be exhibited alongside a selection of their copious production on paper. In addition to works by these four emerging figures, Proyecto Visible will present works by recognized contemporary artists in order to generate dialogue between their productions. 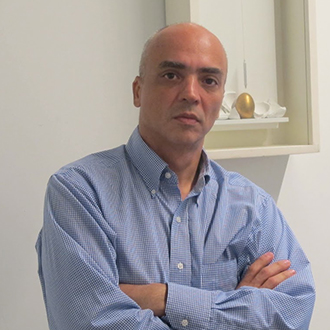 Jesús Fuenmayor is a USA based curator with more than twenty-five years of experience in the field. In 2015 he curated the exhibition Eugenio Espinoza: Unruly Supports at the Pérez Art Museum in Miami. From 2012–2015 he was Director and Curator of the Cisneros Fontanals Art Foundation (CiFO) in Miami. Prior to that, from 2004–2011, he served as director of the Fundación Periférico Caracas, also curating exhibitions on contemporary artists including Antoni Muntadas, Meyer Vaisman, Arocha + Schraenen, Jorge Pedro Núñez, Montserrat Soto, Jaime Gili, and Danilo Dueñas. He has organized curatorial workshops and seminars and published extensively in international art magazines as well as museum catalogues and anthologies of contemporary art.

Since 2015 has been a member of the Advisory Committee and consultant curator of the exhibition "Kinaesthesia: Latin American and Kinetic Art, 1954-1969" sponsored by the Getty Foundation Initiative Pacific Standard Time II that will open at the Palm Springs Museum of Art in September of next year. In 2016 he was part of the jury of the Faena Prize for the Arts 2016-2017. He is currently preparing the first historical anthology of the German artist Lothar Baumgarten to be published in 2018.

In February 2017 the exhibition "Cayetano Ferrer. Topos " was inaugurated at the Faena Center for the Arts in Buenos Aires, curated by Fuenmayor.

Between 1992 and 1995, Fuenmayor was an advisor to the Jacobo Borges Museum. In 1998 he was co-curator of the Barro de América Biennial held simultaneously in the Museum of Contemporary Art of Caracas, the Alejandro Otero Museum and the Museum of Fine Arts in Caracas. He has been a consultant in the formation of private collections dedicated to contemporary art.

Between 2000 and 2004 he worked as a professor at the School of Design of the Faculty of Architecture of the Universidad José María Vargas (UJMV).

He has been a member of the editorial board of the Mexican magazine Polyester (1992-2000), and collaborator of the magazines Art Nexus and STYLE and has written for magazines like Atlántica, Mousse and TRANS. In 2003, together with Rafael Pereira, he presented the exhibition Grupo Caracas / Sensorial City at the Venice Biennale, a set of urban and architectural proposals by Venezuelan architects working with the city's critical areas.